My brother, Scott, and his wife, Betsy, came out to visit us for a few days. Jen got screwed over by her shift and had to work the weekend, so I spent a few days playing tour guide, dragging the two all over the area until they were exhausted. They didn’t even tip me.

Friday, we went down Highway 1 to Big Sur. The clouds hung low to the sky but visibility was still pretty good. We made it down to the waterfall at Julia Pfeiffer State Park, snapping photos along the way, then we turned around and had dinner at one of the little diners by the road, next to the stream and a bunch of redwoods.

Saturday, I hauled them up to San Francisco for a whirlwind tour. Everybody seems to want to see the Painted Ladies, sorry, I mean the Full House Houses, so that was one of the first places we stopped. 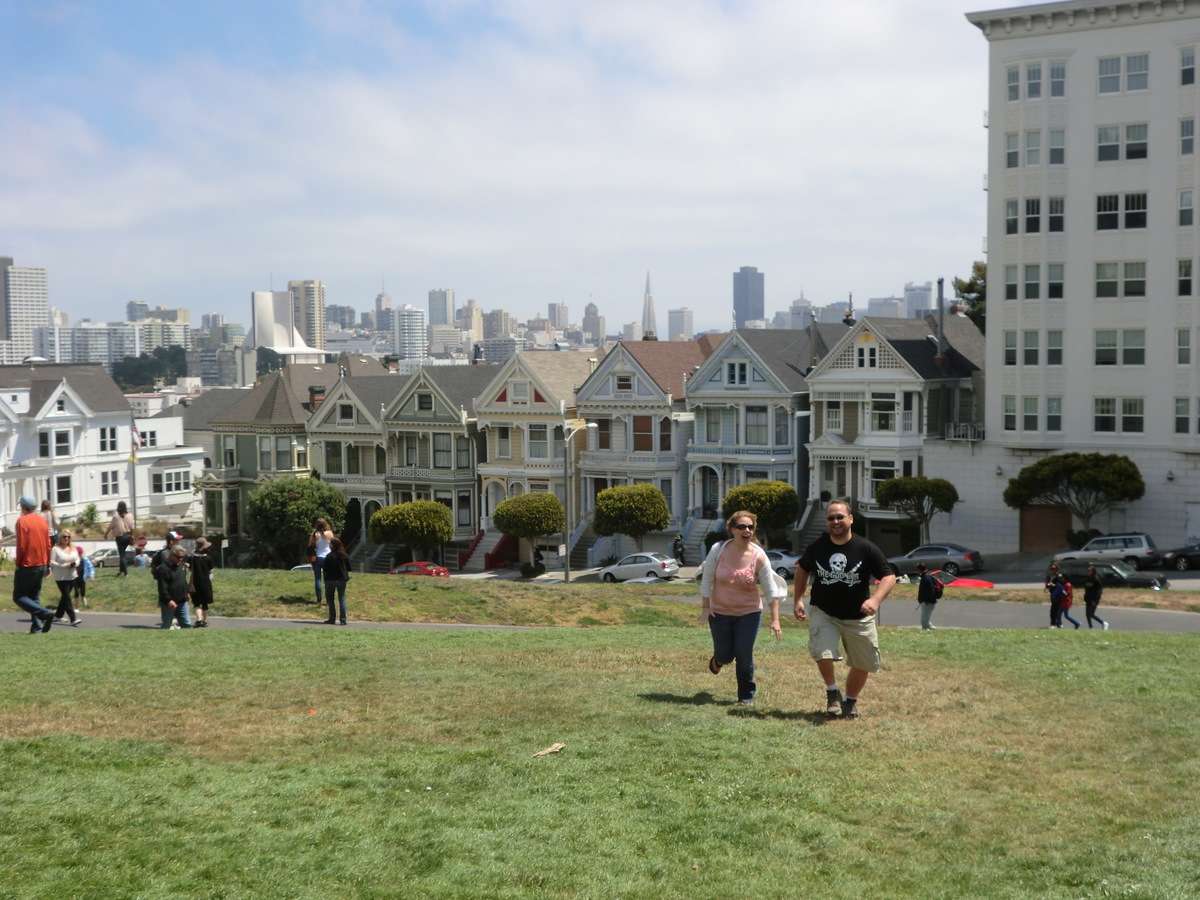 Again with the running up the hill

We walked on the Golden Gate Bridge for a while, then went up and down the steep and twisty Lombard Street and into Chinatown for some food. The whole time we were out, Scott was worried we’d be late for our night tour on Alcatraz. We hung around Fisherman’s wharf for a while as his agitation grew. Eventually, we hopped on the boat to Alcatraz. 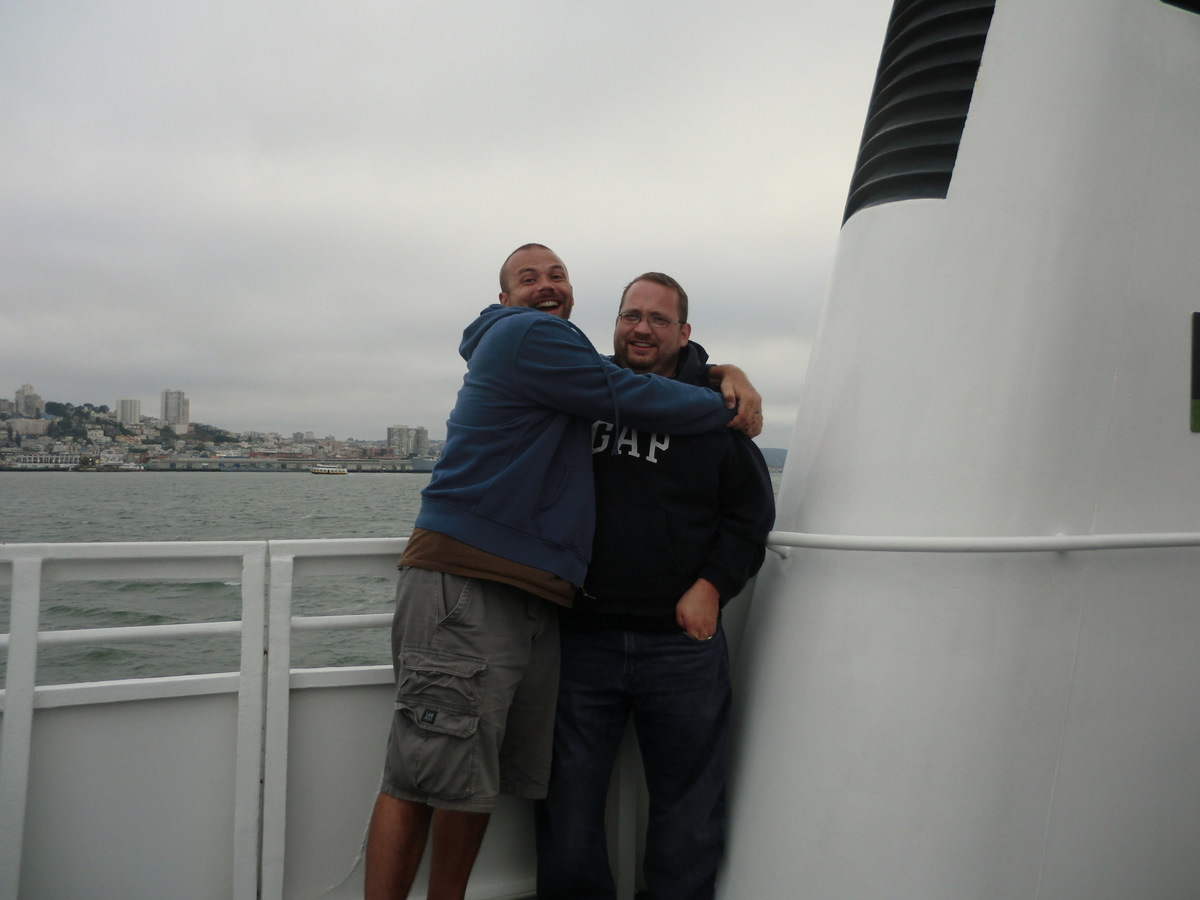 The night tour of Alcatraz was awesome. A few weeks ago, we did Alcatraz in the day. In the evening, it’s less crowded, a few areas are closed off, but there are a few additional areas open and they give a few talks and demonstrations at night.

Near the end of the audio tour, which rocked by the way, I noticed a sign that said the hospital wing was open. The hospital wing was on a floor above the cafeteria, and full of creepy rooms which contained really old and rusty operating equipment. Each room had a single lantern, strategically placed to cast the most eery glow possible. We toured this wing just as the sun was setting. I felt like I was touring the psychiatric wards HP Lovecraft was so fond of writing about. 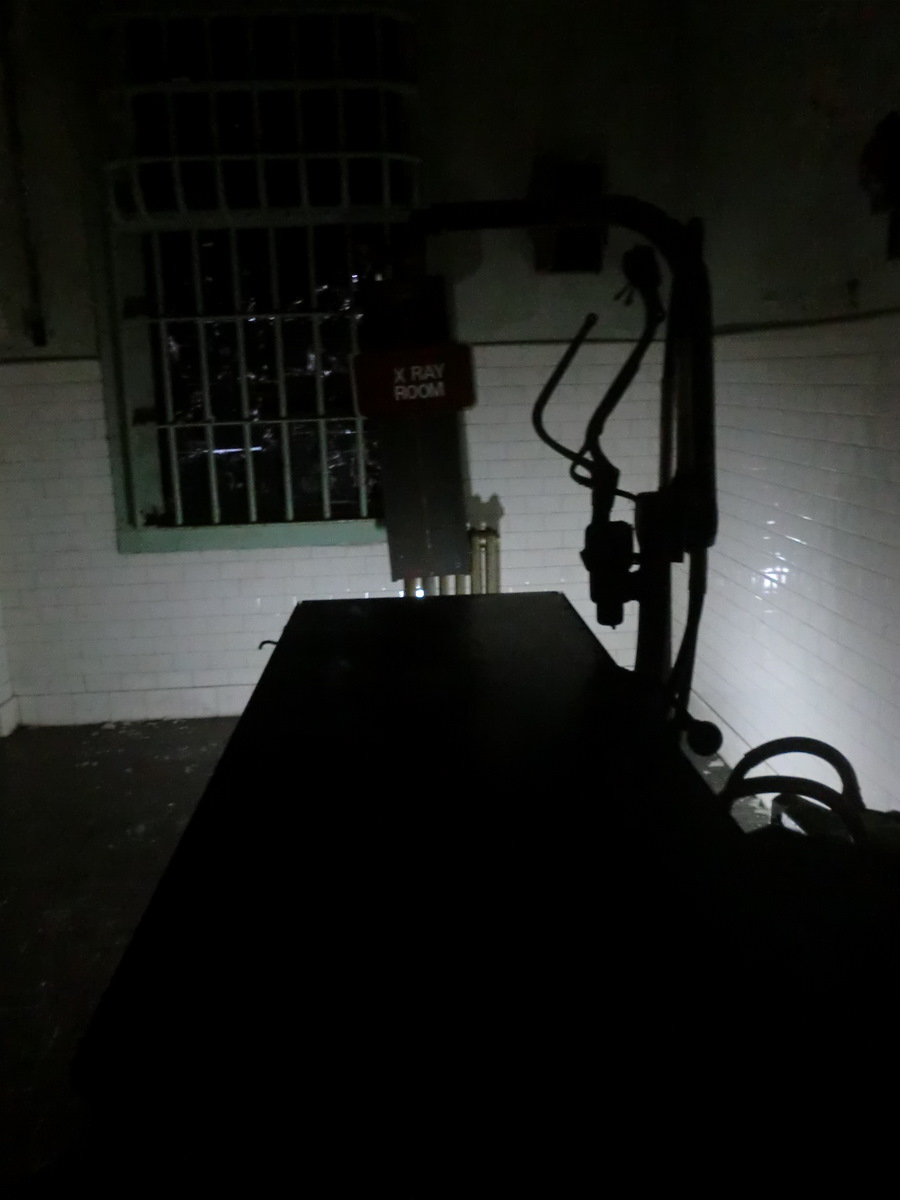 At the end of the tour, we caught the tail end of a story about a prisoner who spent all night screaming in solitary confinement in order to cover up the tearing sound of his clothes. He was making a noose which he would use to hang himself the next morning. The only way to get enough weight to suffocate himself was to lean on an angle, away from the bars, to which the other end of the noose was tied. Somehow, he managed to tie his feet up in such a way that he was able to kill himself completely. Nice! When you put your mind to it, nothing is impossible.

The last thing they did on the night tour was to have everyone gather around one of the cell blocks where they tell you a creepy story, then start pulling levers that open and shut the whole row of cell doors. The sound is intense. Apparently it’s been recorded and used in movies, one of which she mentioned was Jurassic Park. Another reason to love that movie.

After sailing back to the city, Scott and Betsy dropped me off at a hostel near Union Square, where I stayed the night by myself so I could run the [first half of the San Francisco marathon][5]. After the race, I met them and celebrated with a bunch of ice cream and chocolate at Ghirardelli Square, then we went up to Muir Woods to see some huge trees. After that, we swung on over to Napa, where we spent the night at a bed and breakfast and spent the next day tasting wine and touring the valley.

After a short visit with our uncle’s family up in Pleasanton, we came back to Santa Clara, and then they flew out of our lives the next morning, as quickly as they came. This last whirlwind tour was a nice way to wrap up our time out here, and we got to revisit a lot of our favorite places. Now, we just have to finish out the workweek, then pack everything Tetris-like into the Jeep, and we’ll be on our way back home.