Last week we lost the Kia. Jen was driving through an intersection when an oncoming car turned left, directly into the vehicle holding my wife, my eighteen month old daughter, and the best dog this world has ever known.

Jen suffered the bruises and abrasions you get from seat belts and air bags, but was otherwise unharmed. Our daughter was perfectly fine. The car seat did its job wonderfully.

Our dog, Piper, fared the worst. She was in the back of the SUV next to a stroller. Her femur was badly shattered in the accident, so much so that the local specialist wouldn’t touch it. We had to take her to Michigan State University, where Dr. Kyle Snowdon pieced her back together. Now she’s got a metal plate in her leg and a metal rod inside her bones, and she’s walking on the thing. I’ll post the x-rays when I have them, but hot damn do I love modern medicine. 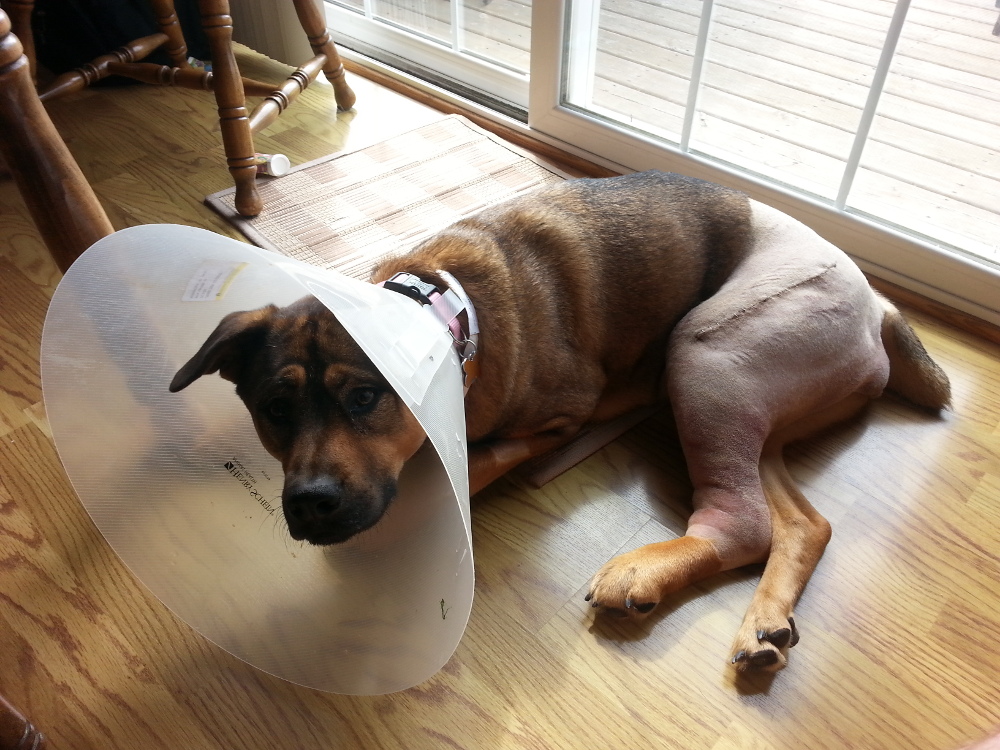 The cone-of-shame has caused her more distress and discomfort than the broken leg did. It was bad timing to have a broken leg. The car wreck happened July 2nd and they avoided immediate surgery on Piper because she had some pulmonary contusions that made anesthesia too risky. We had to wait it out until the following Monday, and even then they couldn’t operate until Tuesday. She hobbled around for a week with a shattered femur and there was nothing we could do.

To top that off, our neighborhood loves its fireworks, and this was the Fourth of July weekend. Our only job was to try to keep the dog calm until surgery day, and every slack-jawed yokel in town was blowing up their paycheck right outside our door, making that an impossible task. She didn’t really seem all too affected by the sedative, but we were able to keep her somewhat safe and secure by throwing her in her crate, darkening the room, and turning on as many fans as we could to try and flood the room with white noise. We made it through the weekend without her hurting herself any further. Boy, was it a relief when we finally got her into the doctor’s hands.

She’s put back together now and it will be eight weeks until a full recovery. The Kia, on the other hand, is gone. The insurance company counted it as totaled, so we’re on the lookout for a new vehicle. We were planning on buying a minivan later this year, but it looks like our hand has been forced.

Here we say goodbye to the Kia. She protected my family and deserve’s a hero’s burial. So long, my good friend. I still remember the day I was guilted into buying you after I slammed the fingers of the car salesman in the door. 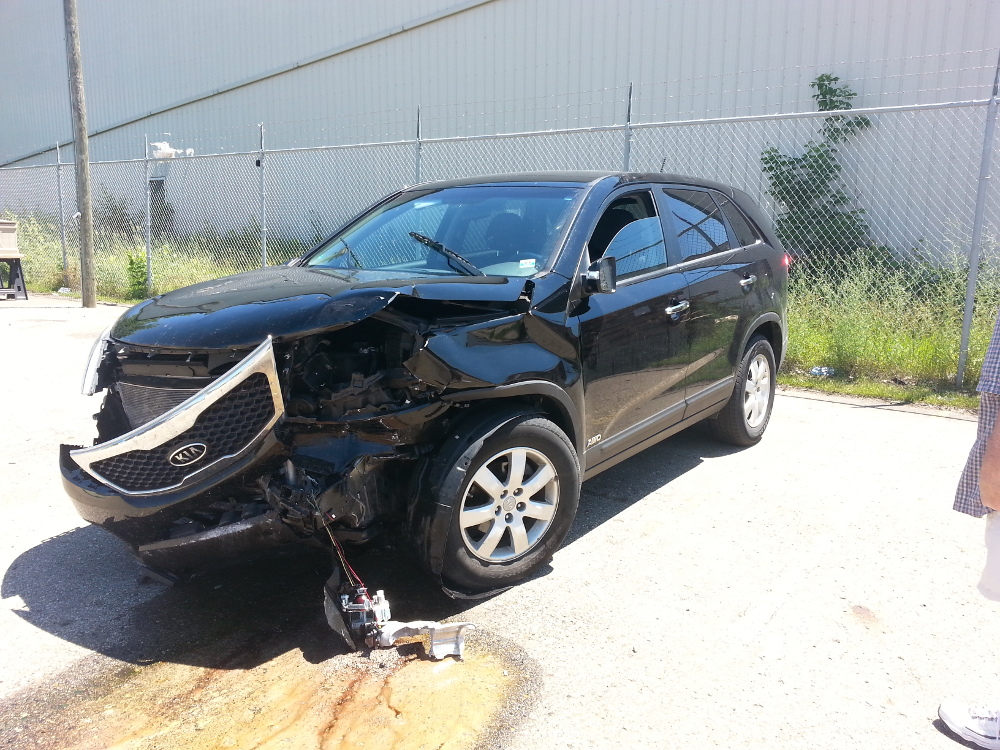