It turned out to be a mostly clear evening to watch the Transit of Venus. Jen and I went to Holland State Park so we could watch from the beach and I brought my trusty binoculars and cardboard so I could magnify the sun without burning my retinas. It worked pretty well, though during the next transit, 105 years from now, I think I’ll invest in a tripod to mount the binoculars because holding it by hand is a bit too shaky. 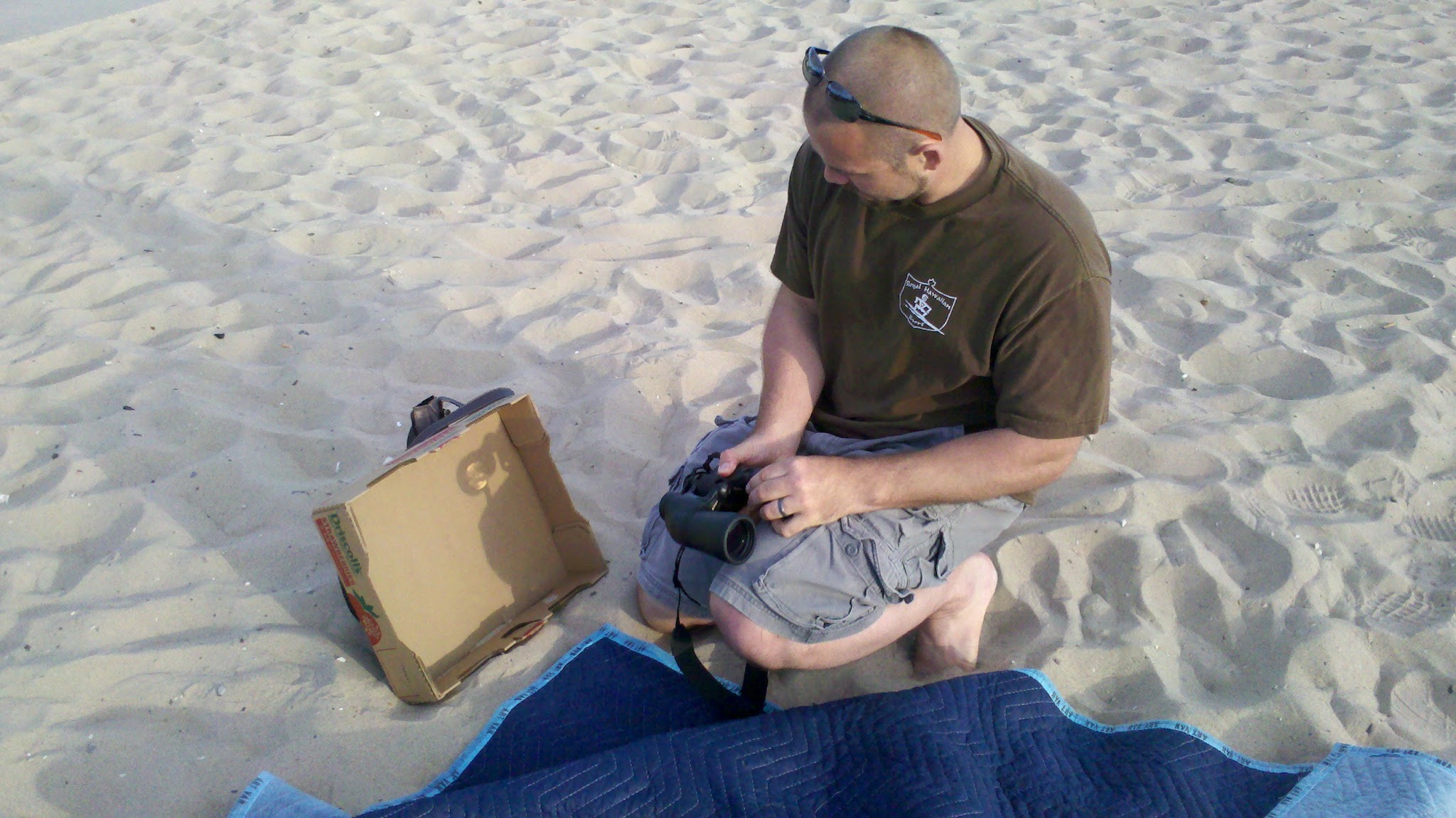 Who needs high tech when you have a steady hand?

There were a few pesky clouds for a while but things were mostly cleared up after 7:30 until sunset. The binocular and cardboard trick worked like a charm. The pictures aren't the best because I only had a crappy camera phone, but there are plenty of better pictures online. These are mine, so deal with it.

I just love the fact that there's a whole planet there in that little piece of shadow, nearly the size of our own Earth. It puts things into a bit of perspective. Carl Sagan put it much better in Pale Blue Dot, and the same thing can apply here. All our existence and hopes and dreams, wars and loves, they all fit into something about that big; something that, while only a relative stone's throw away, casts a shadow the size of a grain of sand, and only if you look really hard. We're pretty insignificant here. Let's make the most of it. But enough soliloquizing.

There was a small crowd of people that gathered around to see my high tech solution, and I got to play science teacher for a little bit. A few were amazed that such a thing could be done with binoculars, and several were expecting something as large as a lunar eclipse and seemed a little disappointed at how small the shadow was. A little girl asked whether the shadow of Venus would appear on top if I flipped the binoculars, so, in the interest of science, we did a little experiment by flipping over the binoculars and found that no, the image stays just as is.

One of the guys I talked to had a welder's mask that he let me borrow and I was surprised at how well it worked, that you could see the image just fine. Another fellow had a huge telescope with a solar filter hooked up to a laptop. He drew a bigger crowd than I did. Nerd jealousy.

When the clouds were mostly gone I found I could get a much larger, but much dimmer image from a little farther away when I had a bench to steady my hand. I thought this one was cool. 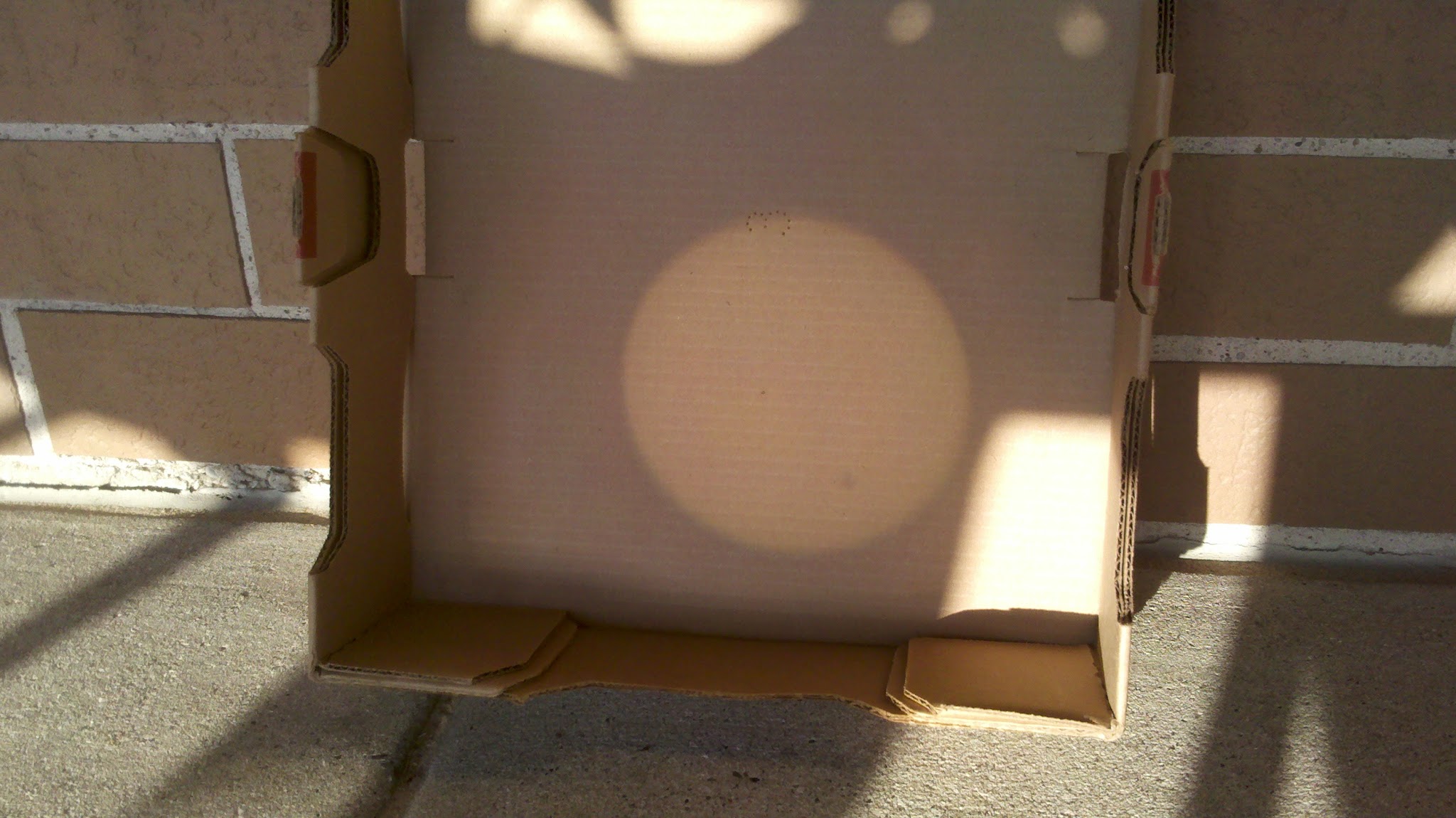 All in all, it was a whole lot of nerdy fun, and there was ice cream to be had, and a pretty sunset. Just before the sun went down, I hazarded some staring at the sun with only my sunglasses to protect me, and was pleased to see Venus' backside for the last time in my life. The next transit of Venus is in 2117, and if our species hasn't managed to eradicate ourselves by then, hopefully we'll have another generation who will appreciate its beauty. The baton has been passed. 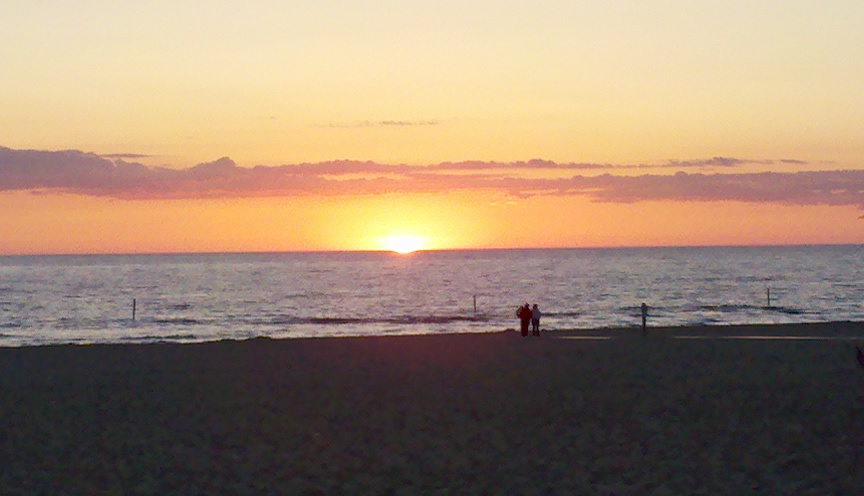