I normally would give you a spoiler alert, but in order to spoil a story, you must first have a plot. I searched for a plot in vain but instead found chapters filled only with grunts, thrusting, spankings, and shoddy dialog. I guess I spoiled it for you already. The plot is sex, sometimes involving a lot of foreplay, but always resulting in a speedy finish.

Every color and metaphor in this book is conveniently located somewhere on the color wheel between black and white. Everything. Get it? No, do you fucking get it? The author sledgehammered it into my brain, so you get it too. It’s gray. All of it. Every stitch of clothing, every wall, every floor, every analogy; it is all that damnable grey. THERE IS NO TIME FOR SUBTLETY. The name of the story is Fifty Shades of _Grey. _You’d think the author would try to be a bit less obtuse, but no. Mr. SexyTime’s name is Grey. His corporation is named Grey. His building, his office, his furniture, his tie, all his suits, his eyes, his sex toys, her dress, probably even his semen. It’s all gray. I’m sick of the color. Henceforth, I will refer to Mr. I’m-not-even-typing-it-again as, The Monopoly Guy. Because, you know, he’s rich. 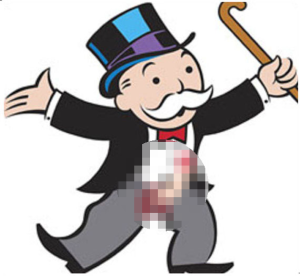 So the Monopoly Man has a lot of money and he’s into kinky sex. In his words, “I don’t make love. I fuck … hard.” Ana is about to graduate college when she helps her friend - a friend who for some reason must always be accompanied by her last name every goddamn time she’s mentioned, Kate Kavanagh - by interviewing Moneybags for the school paper. This is where they meet and they are both instantly horny. Dicky McHardon then stalks her and tries to seduce her in the hardware store where she works by buying ropes and plastic ties while shifting his eyebrows and winking. Yes, goddammit, she works at a hardware store, perfect for all your sexy torture needs.

They eventually go out and he flies her in his helicopter to his mansion in the sky so he can show her a room full of medieval torture instruments.

Ana is a bit disturbed and admits her life-long lack of man-meat. Mr. E. Rection is so taken aback by the fact that our narrator has never had a dong inside her that he does something he’s never done before. He makes love to her. He calls it vanilla sex because it doesn’t involve whips or a crucifix. She, of course, climaxes with nearly every thrust, as virgins often do.

Yada, yada, yada, sex and money, regrets and rejuvenation, your mom getting hot and bothered as she reads this book in the family living room right in front of you.

At some point, the author seemed to realize there needed to be a point to the story other than coitus. The attempt at making this book palatable was for the narrator to try and find out why Moneybags was the way he was. In shocking revelations, we find out he was adopted after having been born to a crack whore and he has some burns on his chest. That’s it. You’ll have to read the other books to find out everything else. I sure as hell am not going to do it.

An Education in Painful Sexy-times

So I did too! I searched for Submissive but ended up learning about politics and sociology. NOT SEXY. 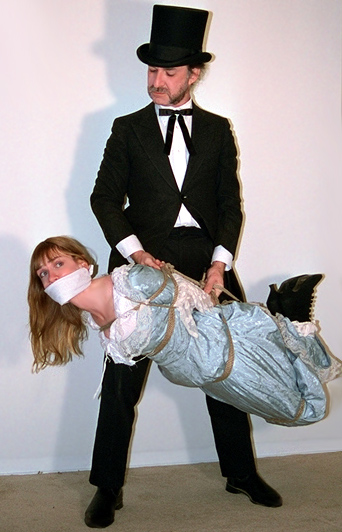 Your Very Own Best-Seller Generator

This book is heavily redundant.

My Inner Goddess is Gagging

Let me just take a break, because you’re obviously turned on by all of this, and we need to bring it down a notch. I’d like to point out a recurring theme, which if you have already read the book, you probably never want to hear about again. Her sexual encounters and fantasies always include her “inner goddess.” This “inner goddess” is always dancing or high jumping or cheer-leading or <insert your own lame metaphor here and it will probably be better than the author’s half-assed attempt at creativity>.

This is how giving a rich guy a blowie feels.

“My inner goddess is doing the merengue with some salsa moves.”

Aside from the pain brought on by all the Inner Goddess talk, we are treated to loads and loads of awkward conversations. Every time someone opened their mouth and _didn’t_ shove a throbbing erection in it, I was jolted awake as my inner goddess screamed, “PEOPLE DON’T TALK LIKE THAT.” There wasn’t a sentence in this book longer than three words that I could ever imagine a sane human being saying to another person in everyday conversation.

So when someone tries to tell you they’re reading this book for the plot, you can comfortably laugh in their face and liken it to your fondness of Logjammin’ because you’re interested in the field of cable repair.